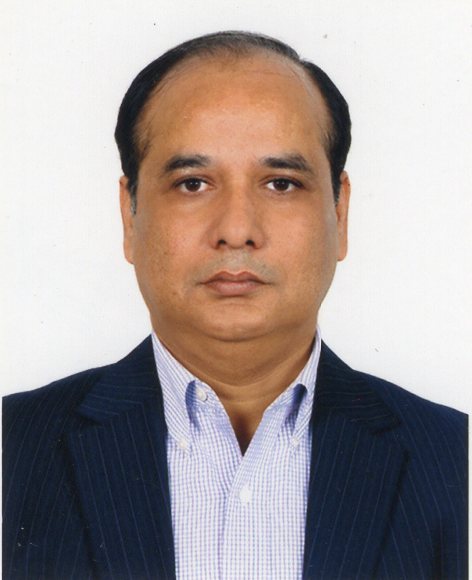 Mr. A. H. M. Ahsan is the Vice Chairman & CEO of the Export Promotion Bureau, Bangladesh. Prior to assuming the position on 01 March 2020, he had been serving in the Ministry of Commerce as Additional Secretary.

Mr. Ahsan belongs to the Bangladesh Civil Service (Taxation) 9th Batch. After joining the Bangladesh Civil Service in January 1991, he served the Department of Taxes in different capacities – as Assistant Commissioner, Deputy Commissioner and Joint Commissioner in various Taxes Zone, and as Second Secretary and First Secretary in the National Board of Revenue. He was promoted to the post of Deputy Secretary in 2009 and joined in the Foreign Trade Agreement (FTA) Wing of the Ministry of Commerce in 2012. He also served as Joint Secretary (FTA) in the same Ministry where he was responsible for trade negotiation, bilateral (South Asia) trade issues and regional trade agreement & cooperation. He also worked as Commercial Counselor in Bangladesh High Commission, London.

Mr. Ahsan holds a long experience on trade promotion, trade talks and trade negotiation. He has attended a number of Trade Ministers’ Conferences, bilateral Commerce Secretary level meetings, working group meetings, bilateral and regional trade agreement negotiations as member of the Bangladesh Delegation and as expert at home and abroad.  He also attended a number of high level conferences, seminars and workshops on international trade and economic development in various countries.

Mr. Ahsan studied in the University of Dhaka and received graduation (with Hon’s) and post-graduation degrees in Economics. Having First Class at Graduation level, he also secured positions in the Merit List of the Dhaka Board in the SSC and HSC exam. He also holds a Master’s in Development Economics from the Institute of Social Studies, the Netherlands.

Mr. Ahsan hails from Madaripur. He is married and blessed with two sons.

Veteran Freedom Fighter Mr. Tipu Munshi, MP, Minister for Commerce Ministry was born on 25 August,1950 in Gopalganj in a reputed muslim family. Afterwards he moved to Pirgacha Upazila of Rangpur district with his family and has been living there.  Details

Mr. A. H. M. Ahsan is the Vice Chairman & CEO of the Export Promotion Bureau, Bangladesh. Prior to assuming the position on 01 March 2020, he had been serving in the Ministry of Commerce as Additional Secretary.  Details